12-26-2020
Interested in a moderator position? Speak with Rob55Rod or Darhagonable on my personal Discord server or the official Spore Modding Community Discord server.

The Space Captain IN...
Forum rules
Please, when posting creations,
- Share the .png files you will find at %Userprofile%\My Documents\My Spore Creations, so everyone can use your creation!
- Also, please list which DLCs and mods were used in your creation(s), so people know what they'll need to have installed to use it.

For adventures, you should also provide all the creations used in the adventure. We recommend you to pack those along with the adventure in a .zip / .rar file, so it's easier to downlaod.
Post Reply Previous topicNext topic
First unread post • 5 posts • Page 1 of 1

This is a Spore mini-series I've been making that combines the two greatest things ever: aliens and prehistoric creatures. It is not finished at the time I made this post and I will update it with the future episodes when they are created. This is set in the Revolution Universe, a Spore Universe my friends and I have created. However, the adventures should be pretty much completely understandable without having played our series. 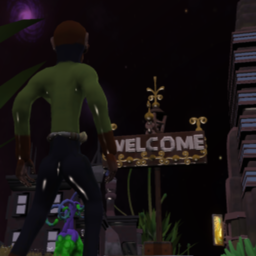 Adam Mills, a wealthy Terran, arrives at planet Hurjim to take a look at Age of Beasts, a park in development. He has come to see if he should invest his money in this park. What will he find?
http://www.spore.com/sporepedia#qry=usr ... 1019564541 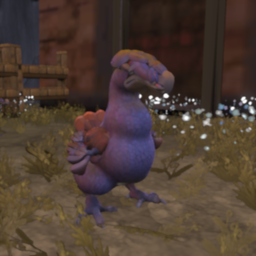 Description contains spoilers... I suggest playing the previous episode prior to reading the description. http://www.spore.com/sporepedia#qry=usr ... 1019564951

Constructive criticism and other forms of feedback on the episodes are very much appreciated.
Last edited by eme12 on Wed Jul 08, 2015 1:56 pm, edited 1 time in total.

Re: Age of Beasts [Mini-Series]

Hi, this is williezk, one of the main creators of the Revolution Universe.

I played this series as it came out, and I have to say it's already shaping up to be good. IMHO, Part 1 is much better than Part 2, as you are free to explore the majestic park and see all the animals (especially one of my faves, the Platybelodon!) Not only does it incorporate prehistoric animals from Earth, it also incorporates ancestors of other Revolution Universe alien species (such as the Kleekoonanonis¹ and Tyleturanulas²).

Spoilers ahead! Overall, a good adventure series that shows promise. I'm excited for what else will happen to this park.

Re: Age of Beasts [Mini-Series]

Episode 3 is currently in progress. Hopefully something along the lines of this will be in it (probably with a minor role):

Strange, I suddenly feel for lots of KFC!